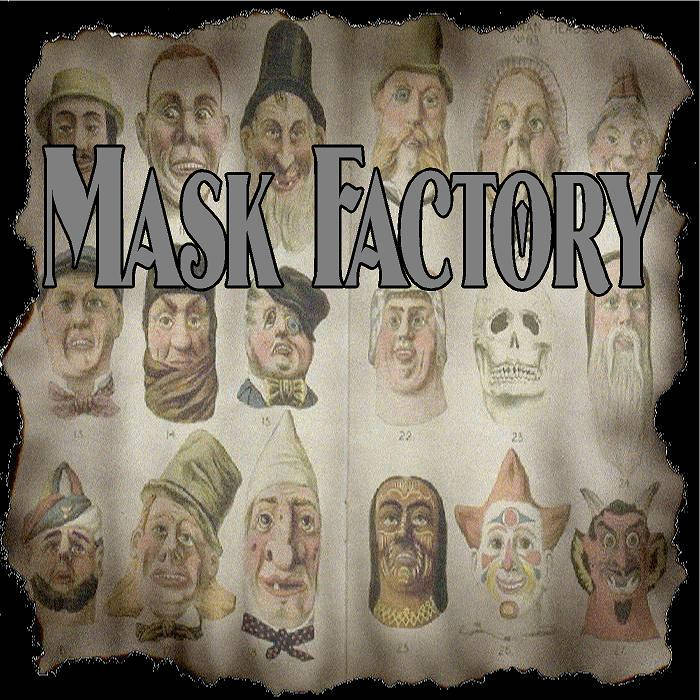 After kicking a bunch of songs around on his laptop for a while, Patrick Bobst ('Farley Granger', 'Kingface') asked bandmates and friends Andy Meltzer ('Farley Granger') and Pat Fitzgerald ('Farley Granger', 'Sour Jazz') if they'd help him finish and record some of them. After a little time at Arlington, VA's storied 'Inner Ear Studio', Patrick (vox, guitars), Andy (bass), and Pat (drums, percussion) have created the debut EP from 'Mask Factory'.

I know it's only rock n roll, but we like it.

MASK FACTORY:
Self -titled: CDEP
Brand new band rises from the rolling hills of Virginia to offer up five tracks that feature catchy riffs and top notch song craft. Longtime DC music fans will recognize Patrick Bobst as the former axe-slinger in Kingface. This ship sails into The Replacements waters with a touch of Slobberbone grit to keep things flowing. Ably supported by Andy Meltzer and Pat Fitzgerald, Bobst handles lead vocals and the guitar lines with ease. “Forget” starts things off and there’s even a bit of Dumptruck flavor on “Slow Down.” Wrapping it up is balanced thrashing of “Nine Things.” I think Tommy Stinson would say this has sea legs. Give it a test run yourself to be sure. –Sean Koepenick

Bandcamp Daily  your guide to the world of Bandcamp

cktrl talks about heartbreak and his new record 'Robyn'